The Story of Picture Engine

The Story of Picture Engine

I realised recently that nowhere on this website does it actually tell the story of Picture Engine and how it came into being. It always helps make a business seem more approachable when you know the human story behind it, so here goes…

Six years ago (and until I wrote that down I didn’t realise how much time had passed, OMG) I took voluntary redundancy from a big printing company, and after wondering for a while what to do next I went into partnership with an old friend of mine running a much smaller printing company specializing in personalization – photobooks, personalized calendars, school yearbooks, that kind of thing. My role was to be the technical side of things,setting up and running the various websites, sorting out the IT and so on. I’d done quite a bit of IT work before, and I’d set up the corporate intranet at my previous employer, so I was quietly confident. There was one hell of a learning curve, it must be said – I’d never previously used WordPress, Prestashop, Magento or any of the personalization software that need to be integrated to get it all up and running – but I’m a quick study when it comes to software and I got the hang of it pretty rapidly.

The thing is, I came to realise I enjoyed that side of things more than any other aspect of the business. I enjoyed the freedom of being able to work wherever and whenever I want. Much as I enjoyed printing and making things, you do have to be in the workshop to do it, sometimes late at night or over a weekend if there’s a deadline to meet, whereas I could work on the website from home, or on the train to meet a client, or at four in the morning if I couldn’t sleep! We had some success with it, (despite competing with the likes of Moonpig, Funky Pigeon, Truprint and Tesco) but it was always the techy aspect of it that I enjoyed the most.

Then shortly after our first website went live I showed it to a friend of mine that I had previously worked with who now has his own small print and design management company, and he immediately asked if I could re-vamp his website. He wanted a new look and feel, and to be able to sell his products through it, but he had no idea how to do it and no time to learn. So I took it on, as a two-stage process to keep his costs manageable, and he loved it (and still does). Then one of his customers asked if he could put them in touch with whoever had done his website, then two of THEIR customers got  in touch, and all of a sudden I was managing a handful of other people’s websites as well as a print business.

I found I had a knack for explaining the concepts behind the way websites and the internet in layman’s terms, making it easy for customers to understand how search engines work, how domain name registration works, what is and isn’t easy to automate on a website and so on. Plus, because I’d had a career in print and design since before the internet was such an important part of our lives, I could relate to customers who weren’t web-savvy – they liked that I wasn’t talking down to them, or way over their head, and I loved helping my customers understand how their website could be an important part (perhaps THE most important) of their sales and marketing toolkit. Which was all nice as a side-hustle, but I hadn’t really considered making it a full time career.

Those are two words which I think will form the pivot point in a lot of people’s CVs over the next few years. Coronavirus was bad for many industries, and printing was one of them. Partly because of the practicalities of two people running a business around childcare challenges, partly because of the changes needed to keep a manufacturing workplace safe and partly because the work simply dried up, the future for the print business started to look a bit bleak. Not only that, but the customers started dropping like flies around us. Faced with a decimated order book, few surviving customers and a cashflow forecast graph that looked like a terrain map of The Netherlands, we decide to scale down and I was bought out of the print business.

So, there I was, casting about for something to do in a work environment unconducive to job-hunting, having been basically self-employed for nearly six years (and therefore perhaps not the most appealing prospect to recruiters in the corporate world, because self-employed people sometimes find it hard to go back to taking orders). I therefore decided to relaunch myself as a web designer, specializing in small businesses who didn’t have the time or skills to set up and run their own websites. 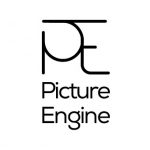 I already had a business ready, Morthanveld Publishing Ltd, which I had run to publish music for me and a few others and to handle bits of music-related and consultancy work that didn’t fit into the print business. Morthanveld is named in honour of the late Iain M. Banks, whose epic and imaginative ‘Culture’ novels have been my go-to sci-fi choice for years. The Morthanveld, described in Banks’s 2008 novel ‘Matter’ as a highly evolved and exceedingly numerous species of “spiniform waterworlders” are on the same level of technological and societal evolution as The Culture, and therefore not to be trifled with. Proud though I am of both the tribute to IMB and the website, I’d be the first to admit that it’s not a name that trips lightly off the tongue, as evidenced by the number of times I’ve had to spell it to people. I therefore recycled a domain name and a logo from a previous project in the print business – the logo designed by legendary Yorkshire print industry veteran Don Gent – which was originally called The Picture Engine. Much like Pink Floyd, I decided to drop the definite article, and that, dear reader, is the story of Picture Engine…

If you’d like to know more about what Picture engine can do for your website and your business, get in touch!